Money is a powerful thing.

Its very existence allows us to focus on what we do best while having just about every other need met through the spending of the money.

Unfortunately, the existence of money just isn’t enough – you need to know how to manage your money. In other words, you need to achieve financial greatness. You need to know some foundational things about how money and business work to do well in this life.

How do you achieve financial greatness? For this article I’ve partnered up with Lewis Howes, former professional football player turned entrepreneur. 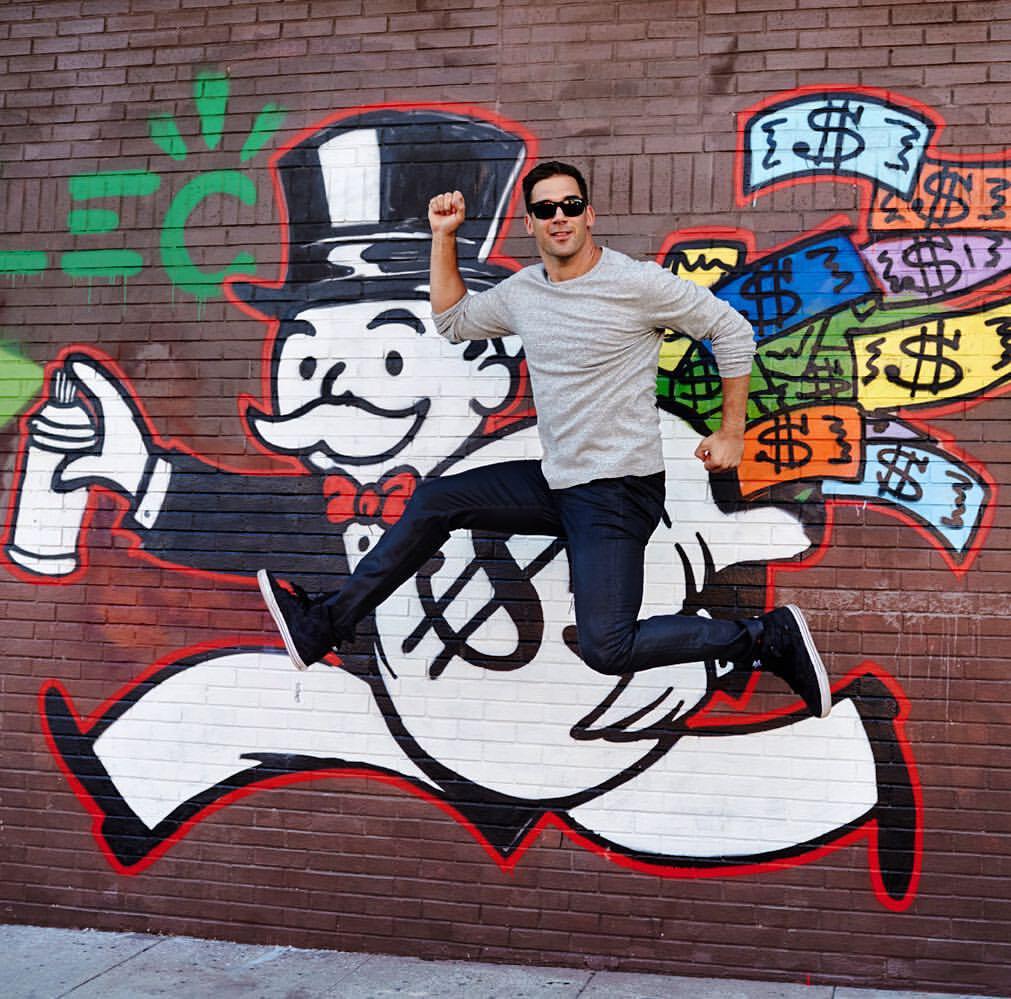 Howes built a multi-million dollar online media company, speaks all over the world, and has advised billion-dollar brands.

Howes has a new book entitled The School of Greatness and has been gracious to lend his tips for this article.

Are you ready to achieve financial greatness? Of course you are! Let’s begin.

A powerful vision emerges when we couple our dreams with a clear set of goals. – Lewis Howes, The School of Greatness

There’s nothing quite like the power of creating goals that are based on your dreams. Sometimes, I think people get stuck living moment to moment instead of just sitting back and looking at the big picture.

So I ask you, what do you want from your life? What are some of your goals and ambitions?

If it’s too difficult to think about the long-term (think 10 or 20 years down the road), then why not create some goals that are attainable in the short-term? That’s exactly what Howes did at first:

When I was broke and living on my sister’s couch (after my football career ended in injury), I had no clue how I was going to make money. But I did know that I was going to do something huge to change the world and people’s lives for the better. Originally my vision was just to get off the couch and get my own apartment. Once I managed to do that, I set my sights on a bigger vision, and made goals to achieve it. This pattern is what led to my eventual success in business. – Lewis Howes

You see, Howes developed a pattern of behavior that lead him to financial greatness. Financial greatness didn’t happen overnight. Instead, he took it one step at a time and made a habit of creating goals.

It actually only takes a little more effort to believe in yourself than it does to put yourself down. – Lewis Howes, The School of Greatness

A champion’s mindset involves a lot of positive thinking. If you’re beating yourself up all day long about this or that, do you really think you’ll have the strength to achieve the level of financial greatness you desire? Forget about it!

Now, this doesn’t mean that you need to be unrealistic. Instead, focus on the realistic positives. You’re breathing, that’s a positive! Start there. 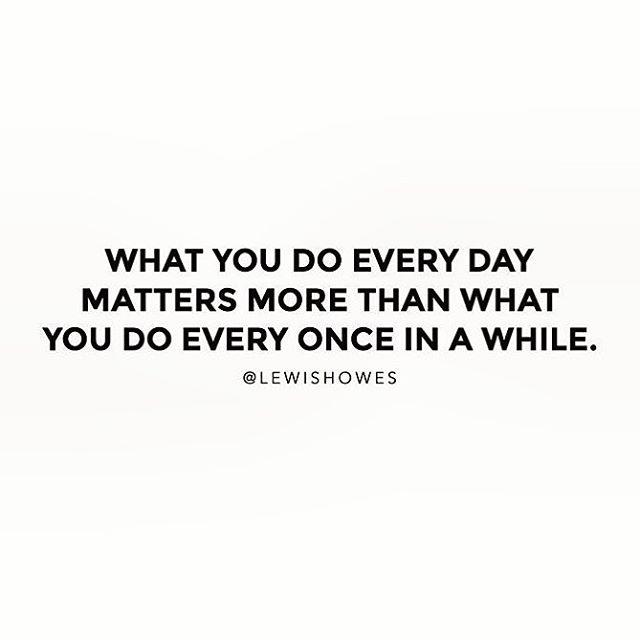 Want some more inspiration? Check out Nick Vujicic at LifeWithoutLimbs.org – a man born without limbs who didn’t let his physical disability hold him back.

And you know what? They’ll reward you by making you financially prosperous. You must absolutely believe in yourself. Howes did:

If I didn’t believe I was capable of creating a job for myself, paying off my credit cards, and generating enough income to live the lifestyle I wanted, I wouldn’t have been able to do it. Mindset is everything when it comes to creating abundance from scarcity. – Lewis Howes

It can be a beautiful journey if you give yourself permission to hustle like a maniac, to die on the treadmill, because what else are you here to do other than make the most of what you can be? – Lewis Howes, The School of Greatness

Hustle is what I’m all about. In my career, I’ve built a successful online business and a successful financial firm. I continue to run both businesses, and believe me, it takes a lot of hustle.

How do you develop hustle? My tip is to make the most of each and every moment you have. Don’t feel like you have to get everything done at once. Instead, focus on one task at a time and move onto the next when you complete it.

This doesn’t mean you shouldn’t take breaks. Breaks are important – even for those who achieve financial greatness. In fact, breaks are a key component to achieving financial success. Don’t view breaks as a waste of time. Instead, view them as part of your work to recoup your energy and hit the ground running.

Now, hustle doesn’t turn into financial greatness unless you know how to focus on doing the right things in business and life. You can work really, really hard at a minimum wage job and go nowhere.

Alternatively, you can focus your energy on where the money is at and make a fortune. Consider how Howes focused on the right type of work and realized tremendous results:

The first time I ever did a webinar, I was clueless and a nervous wreck. I had met a guy at a conference who had a huge following and he’d invited me to present on a webinar he was hosting for his audience. I happened to know more than most people at the time about LinkedIn, so I was coming on as the expert. I was so scared of messing something up that when the webinar finished I just sat there (sweating in my underwear) and didn’t touch my laptop. When I finally checked my PayPal account to see if anyone had bought the bootcamp I offered, I saw $6,200 in it. I might as well have won the lottery. I ran around the house screaming and throwing the cats in the air. Then I spent the next two years doing webinars weekly, if not daily, and made a few million. The hustle pays off.

When I look at some of my clients who have a large net worth, there’s usually one thing they have in common. Do you know what it is? It’s that for years and years they practiced sound financial principles that propelled them to the zenith they’re at today. 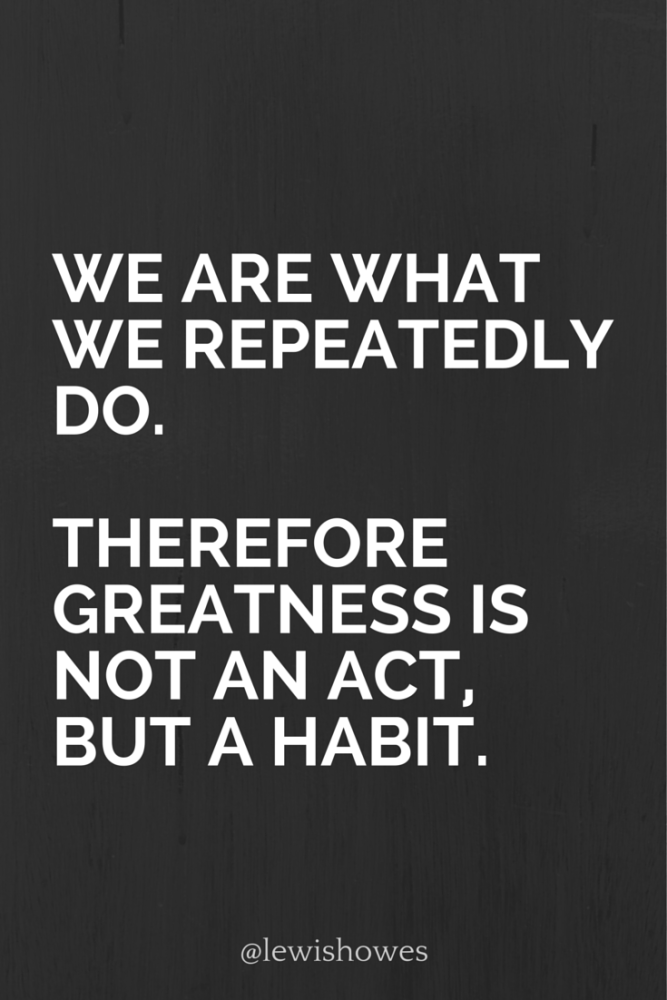 Always find ways to create a win-win in every relationship in your life. – Lewis Howes, The School of Greatness

Now, some people are pretty difficult, but why burn a bridge if you don’t have to burn it? If someone is on your team and they’re not doing well, lead. Show them how to do their job by example. Work alongside them instead of kicking them out the door. Who knows, they just might turn into the best team member you’ve ever had!

If you don’t have a winning team yet, and need to build one, consider the applicants carefully. It might be best for you to actively seek out team members yourself rather than just letting anyone apply. Ask friends and family who they would recommend. Seek team members in a natural way and don’t just randomly select from a list of applicants.

When you have a winning team, guess what? You win! Your team will be there for you and help you accomplish things you could never have done on your own. If you find yourself increasingly busy, ask yourself which tasks are worth outsourcing to others. You’ll not only create more time for yourself, you’ll be one step closer to financial greatness.

Greatness is within your reach. Can’t you feel it?

Be sure to check out Lewis’ new book, School of Greatness, which is already an Amazon #1 Best Seller.